A couple minor things I have left over

OpenGL plugin: Should fix building with earlier versions of GLEW. You’ll still need the latest GLEW if you want to try dual-source blending.

DX11: Fix ClearScreen properly this time. Should fix quite a few games (or break them :P)
Fixes issue 3399.

Fix a major speed regression from r6288:
Upon texture reloading, the cache entry hash wasn’t updated and thus we effectively disabled any texture caching in that case.

OpenGL plugin: Support for dual-source blending, CURRENTLY DISABLED. It doesn’t work yet. To fix it, we may need to convert all our shaders to GLSL so that we can use glBindFragDataLocation.

DX11: If the virtual XFB list overflows, replace the oldest XFB with a new one instead of just failing.

Added the wait/sync back in the video thread on XFB swaps. Fixes issue 3391.
Changed the VI interrupts to occur on writes instead of reads.

Fix a small but severe and stupid bug introduced by r6301…

DX11: Use a ring buffer in the utility functions for speedup.

Main change: Implemented EFB pokes in DX9/DX11.
Games affected by this change: Mario Smash Football, Mario Strikers Charged Football, Monster Hunter Tri.
Other games possibly affected: Shaun White Snowboarding, Resident Evil Code: Veronica, Baten Kaitos.
This implementation will decrease performance if the game uses this feature, but the glitches will be gone. I’ll add an option for this in a later commit. EFB pokes are somewhat slow in DX11 right now, speed should be okayish in DX9 though. 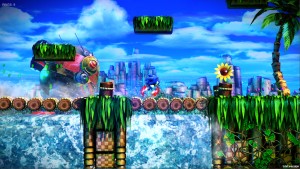 VideoCommon: Fixed the crash when the code cache of DLCache is full.

This fixes the slow speed in NBA JAM. This also fixes the hang in Megaman Network Transmission. This should fix Deadly Creatures (turn off progressive scan).

Put infrastructure in place so that other plugins may support dual-source blending.

Quick fix for Issue 2820 — build works on my system with or without this patch, but it doesn’t hurt.
Thanks Karloathian for the solution!

DX11 plugin: Do destination-alpha in a single pass. No more drawing the same geometry twice! SMG is faster now because it uses destination-alpha extensively. This uses dual-source color blending, a DirectX 10-level feature. The equivalent OpenGL function comes from the GL_ARB_blend_func_extended extension, which was made core in OpenGL 3.3.

DX11 plugin: Use a better mechanism to load vertex and index buffers; prevent a potential bug where triangles, lines, and points could fight over the same buffers

Made it easer to use mouse/keyboard and a gamepad together on the same emulated wiimote. Renamed mouse buttons from «Button N» to «Click N» so they do not conflict with gamepad buttons.(hopefully not too ugly, mouse buttons will need to be reconfigured) (Fixes issue 3363)